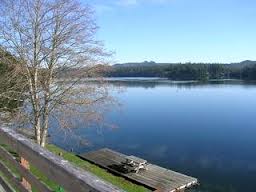 Matthew 18:5-6: “If anyone causes one of these little ones—those who believe in me—to stumble, it would be better for them to have a large millstone hung around their neck and to be drowned in the depths of the sea.”
“And whoever welcomes one such child in my name welcomes me.”

It is probably no surprise to any of us that children in this life are frequently in danger.  All over the world, children are exploited, used, molested, abused, taken advantage of, injured and even killed, all through no fault of their own. Such treatment rightfully outrages us and most of us work hard to protect and nurture the children in our care.

I have been thinking about children a great deal this summer, largely because I spent two weeks with a lot—and I do mean a lot—of children.  Now, working with children is not one of my talents. I much prefer teenagers, which is mystifying to many, but to me, the miracle workers are the ones in our midst who work with the children.  I saw them at work in Lynchburg at Eagle Eyrie during the state music camp and right here during our summer music camp.  It’s amazing how small children who can barely walk or talk can be led to sing and dance and play instruments. I have the greatest admiration for those who work with children and lead them to do marvelous things.

Christians have a special charge to make sure that children and the vulnerable are led and nurtured and not exploited. Jesus said in Matthew 18,   “And whoever welcomes a little child like this in my name welcomes me. But if anyone causes one of these little ones who believe in me to sin, it would be better for him to have a large millstone hung around his neck and to be drowned in the depths of the sea.”

It occurred to me that these two weeks were a picture of the kingdom—one in which the young are led by shepherds to safe pasture.  All of us can do this for each other and when we do, there is something of God’s Kingdom on earth.  Now, I am not suggesting that the children are totally innocent or that those who work with them are angels.  But they come as close as we’re likely to see in this world.

William Blake, the English Romantic poet, wrote about much the same theme  in his poem, “Holy Thursday” in 1789.  It was the custom then to dress children from the charity schools in London in bright colors and have them process to St. Paul’s Cathedral for a service celebrating the ascension of Jesus 40 days after Easter. As I watched the children do their musical last Friday evening, they were dressed in their red camp shirts, singing as they were watched by parents and friends, and I thought of this poem.

‘Twas on a Holy Thursday, their innocent faces clean,
The children walking two & two, in red & blue & green,
Grey-headed beadles walk’d before, with wands as white as snow,
Till into the high dome of Paul’s they like Thames’ waters flow.

O what a multitude they seem’d, these flowers of London town!
Seated in companies they sit with radiance all their own.
The hum of multitudes was there, but multitudes of lambs,
Thousands of little boys & girls raising their innocent hands.

Now like a mighty wind they raise to heaven the voice of song,
Or like harmonious thunderings the seats of heaven among.
Beneath them sit the aged men, wise guardians of the poor;
Then cherish pity, lest you drive an angel from your door.