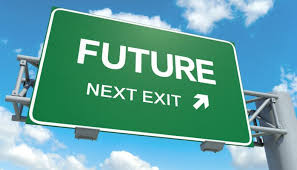 Isaiah 11:6: The wolf will live with the lamb, the leopard will lie down with the goat, the calf and the lion and the yearling together; and a little child will lead them.

I don’t know if you were here for the closing program for this year’s Summer Music Camp, but I hope you were. The children sang, played hand chimes, manipulated puppets, and performed a musical that they had put together in just five days. It was an impressive display on all accounts, and several people said it was the best camp we’ve ever had , and I would agree.
The parents of some of the campers had come to the camp themselves, and that was a reminder of the excellence of the program and the dedication of those who worked with them. The campers learned about working together, about being in front of an audience and about achieving something they could be proud of.
I thought, as I watched the campers doing their final program, that these are the children who will take over from my generation.They experienced the love of God and the importance of treating each other well during the week. In the final analysis, though, it’s not just about the songs or the puppets or chimes or the music, although those are important. It’s also about carrying on a long tradition that will benefit the next generation and encourage them to share the Gospel in their turn. Some might say that they’re only children, but Jesus said that it is the children who set the example for us. The road that he traveled will lead us all through this life and into the next. Praise God for creative works, for being together and working toward a goal, and for the sacrifice of Jesus Christ our Lord, who has redeemed us and leads us on to eternal life.