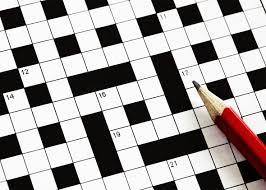 Philippians 1:6: “God is the one who began this good work in you, and I am certain that he won’t stop before it is complete.”

I don’t know if you like crossword puzzles. I know I do. Well, it would be more accurate to say that I am addicted to them. I might do ten a day, but I figure doing these puzzles keeps me off the streets and also exercises my brain, which needs all the exercise it can get.

I’ve noticed a thing or two about working crosswords I’d like to share with you. If you would like to join me in my madness, and have a crossword in front of you, start from the bottom. The clues seem clearer and the words come more easily in the bottom quarter of the puzzle. Another hint for working crosswords is this: if you can’t figure out a word, put the puzzle aside and do something else for a while. More often than not, you’ll find that the answers you absolutely couldn’t figure out are perfectly clear to you when you return. I don’t know why this is so, but it works for me. I’ve also found that when I’m writing my thousand words a day for one of my novels that I tend to get stuck at 500 words. I’ve learned, as I have with crosswords, to take a walk or wrestle with the cat for a while. After I do that and return to my computer, I know what I’m doing. Writers have all kinds of anxieties, and one of the most prevalent is stepping away from the word processor and coming back to find there’s nothing there. But it’s a chance I take. I find it a kind of Catch-22 that if I’m stuck and don’t so something else, I’ll stay stuck. And then, as I just told you, there’s a chance that when I come back, it all will be gone. But that hasn’t happened. Yet.

Anyhow, the point of all this is that we may step away from God for whatever reason, but God is always there waiting for us to return, just as the father in the parable of the Lost Son waited for him to come back. What’s more, God does not passively await our return: he stands at our door and knocks. He doesn’t kick it in or try to gain entrance by pretending to be someone else. He allows us to respond or not. Whether or not we do so is up to us, and when we do, I like to think that heaven and nature sing. Thanks be to the God who never gives up on us, who waits patiently for our return, and who goes out looking for all the lost sheep. Amen. 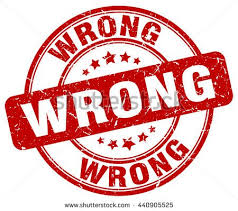 Romans 3:23: We have all sinned and fallen short of the glory of God.

I don’t know if you’ve ever been wrong. I suspect you have, given the sinful, fallen nature of this world and of human beings. It seems sometimes we can’t get anything right, and must rely on the forgiveness and understanding of others to make through each day. I know I’ve made a career of being wrong about so many things, but I want to share with you one small example, and it has to do with Daylight Saving Time, or as I call it, Demonic Enslavement Time. Not really.

I used to be an ardent fan of Daylight Saving Time, and I bought into the rationale for changing all the clocks twice a year and causing untold misery for millions of people. If it sounds like something happened to my cherished beliefs, something did, courtesy of my mother-in-law.

Becky’s mom, Wilhelmina Detwiler, has never liked DST. She says, “It’s like someone who cuts a foot off the end of a blanket, sews it onto the other end, thinking they have a longer blanket.” I tried to tell her that it gave more daylight to people who had to work long hours and also had the sun come up and set at the right time, but she wouldn’t budge on her opinion.

I was wrong. DST was instituted in 1918 to take advantage of natural sunlight as much as possible, although many people didn’t like it, and it was repealed in 1919 and reinstituted for good (so far) during World War II. It wasn’t standardized in this country until 1966, which should tell us something. When it was put into effect, few farms and some business didn’t have electricity, so using natural light as much as possible made some sense. And changing the clocks costs the country $434 million each time it’s done, and that doesn’t include increased medical costs from traffic and work-related accidents. Clearly, it’s past time to repeal this nefarious scheme and go back to time as it was meant to be. Set the clocks and leave them. Please.

Of course, as I said, this is only one of the many mistakes I’ve made. But I am so glad and blest that God forgives these errors and many others far more serious. Praise God for the gifts of grace and forgiveness so freely given to us at such a great cost, the sacrifice of Jesus Christ, our Lord and only Savior. Amen. 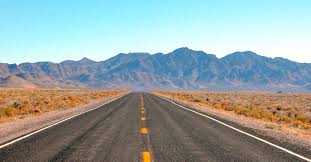 Isaiah 40:4: Every valley shall be exalted, and every mountain and hill shall be made low: and the crooked shall be made straight, and the rough places plain.

Anyhow, not only do we have some of the worst traffic around, we have to put up with road maintenance. Now, I understand that without this we’d all be driving on corduroy roads or through mudholes, and the traffic would be even worse, if that’s possible, but it seems that localities in their so-called wisdom choose the worst possible times and places to work on the roads, like during rush hour or right before a holiday. It’s enough to make anyone think about saying some bad words, although I’m sure none of us in this group does. I’m sure.

If you’ve come by the church in the last three weeks or so, you know that crews have been working on Stonewall Road, narrowing the lanes and leaving unsightly asphalt patches that threaten my poor little car’s sports suspension. It’s a delicate beast, and I’m sue such treatment will shorten its life. This has been a pain to so many people.

I know that eventually (i.e., sometime this century) any given patched road will be repaved, and then all the suffering and turmoil will be forgotten. I was on a section of newly-paved road this morning, and it was smooth and beautiful. I wanted to get out of the car and kiss the asphalt, but I didn’t. I have my reputation to think of.

I couldn’t help but think of the passage from Isaiah as I drove along, happy and worry free. It doesn’t take much to make me do that. Something like dark chocolate also works well, if you’ve been wondering what to get me for my upcoming birthday.

Anyhow, the smoothing of the coming of the Lord in the Scripture refers to the practice at the time of kings making what was called a “royal progress” around their kingdom. [This practice continued at least through Elizabethan times, and involved the queen and her court (which had the same number of people as a Presidential candidate, his or her staff, the press corps and assorted hangers on)] descending on some put-upon noble and his household and devouring everything in sight and taking all the best bedrooms. It was at that a mixed blessing, an honor to be so visited, but it cost a queen’s ransom to pay for everything. For ancient monarchs, the hills would be leveled, the rough places smooth and the valleys filled in (or exalted, which sounds so much more sophisticated).

That sort of treatment has continued today. My father was Supervisor of Structural Maintenance for Fairfax County Public Schools, and that entailed a number of interesting and unusual projects. I think the most unusual came when then President Jimmy Carter came to Fairfax High School in the early 80’s. My father was tasked with having his crews make a graveled path from the football field, where the Marine One chopper landed, all the way up to the school, a distance of about five hundred yards. My dad, a life-long ardent Republican (my mother said he would have voted for a dog had the Republicans put one on the ballot), groused about having to take his men away from their jobs on the schools, but he had it done, of course. We gave him a hard time for years about doing something like that for a Democrat, but he never changed his opinion about doing it.

It occurred to me that, just as the way was prepared for those Old Testament kings (and some modern leaders) and as we enjoy a freshly paved road, we ought to be preparing a way for the Lord this Christmas season in our hearts, not with asphalt and stone, but with prayer, Bible study, service and love for the children of God. We could do much worse than that. Amen.