Isaiah 55:8: “For my thoughts are not your thoughts, neither are your ways my ways,” declares the LORD.”

I don’t know if you’ve experienced cognitive dissonance or even know what it means, or care about it at all. You probably know this, but the definition as it appeared in Scientific American (a magazine I try to understand occasionally and fail), the meaning is, (and hold on—it’s a long one) “the mental stress or discomfort experienced by an individual who holds two or more contradictory beliefs, ideas, or values at the same time; performs an action that is contradictory to their beliefs, ideas, or values; or is confronted by new information that conflicts with existing beliefs, ideas or values.” O.K.—time for an example, although I think my whole life is spent in a state of cognitive dissonance: let’s say you’re always espousing doing everything you can to preserve and protect the environment and you’re passing out pamphlets on a street corner, and someone stops and reads one and points to your Chevrolet Express 3500 van parked at the curb which gets twelve miles to the gallon and asks if you see a contradiction there. You could defend yourself by saying you need the storage space for your pamphlets, and it could have been worse—you could be driving a shuttle tranporter, which gets about 0.007 miles per gallon (and your mileage may vary), except you couldn’t get it in your garage.

If you think about this, you experience cognitive dissonance, which you can reduce by rationalizing it, as I just told you, or ignoring it, or either giving into the dark side and doing everything you can think of to destroy the environment, or you could roller skate to your rallies with the pamphlets in a back pack.

You’re probably wondering about now why I’m talking about cognitive dissonance. I saw a bumper sticker that touted a perfect example. It read, “Illiterate? Write for a free pamphlet for help.” I liked the feel I had in my brain when I read that, which says something about me. I won’t speculate about what it says, but leave that up to you.

If that wasn’t enough, here’s another that you’ve probably heard. A man asked for an audience with the king to show him something he invented. When the time came, he held up a glass beaker containing a clear liquid. The king was not impressed. “For this I missed my afternoon nap? What’s so special about some water in a glass?”

The man thought less of the king because he evidently hadn’t had chemistry, and told him, “Your majesty, this liquid will dissolve anything it touches.”

“Off with his head!” the king screamed, knowing the man was a liar since the liquid would have dissolved the beaker and the man himself if it were what he claimed it was. Actually, the king was more upset about missed sleep than he was about the lie, and that’s why he had the man killed. The morale of this story is, evidently, don’t keep anyone from a nap, especially if the person can harm you.

The spiritual application for this is that God never experiences or is responsible for cognitive dissonance. God is truth through and through, and cannot tolerate deception. Jesus touched on this when he taught that oaths and declarations simply aren’t necessary. “Let your yes be yes and your no be no,” he declared, and wouldn’t it be a better world if we all did that? But we are caught up in our sinful nature and do all kinds of terrible things, but we are saved by grace through the sacrifice of Jesus Christ for our sins, shortcomings and, yes, our creation of cognitive dissonance. Praise God for God’s mercy and forbearance of each of us. Amen. 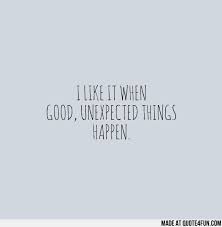 James 1: 17— Every good and perfect gift comes from the Creator of the universe, who does not change like shifting shadows.

I know if you are aware of or use the Pandora music service, which is a kind of radio station (complete with commercials for the free version) for computers. Once you’ve logged on to the website, you can enter the name of a musical artist, a song, a group or a type of music to create a station that will play that song and similar songs from singers and instrumentalists of the same ilk. I believe you can create as many stations as you want, but I have sixty-eight stations ranging from an Easy Listening station to ones featuring Gordon Lightfoot, Josh Groban, Enya, and even Coldplay and the Stone Temple Pilots. I think the Pandora gremlins put those last two on, because I had no idea who they were, and when I listened to them, I decided I didn’t want to know any more about them.

It would take me four hours to listen to even one selection from each station, and I would have to get out from what I was doing to change the station and get little done aside from doing that. I discovered something called The Thumbprint Radio station, which plays selections from all my stations at random, allowing me to listen to something from each station after a long while. Coldplay and the Stone Temple Pilots occasionally show up, but I quickly hit the “thumbs down” icon every time they come on. Somehow they keep coming on, like wounded buffalos. I suppose I could delete them, but that would require remembering to do so, and I haven’t done that yet.

Anyhow, I think I have fairly wide-ranging musical tastes and can at least tolerate most styles and artists, with the exception of grand opera, progressive jazz, a lot of barbershop, too much bluegrass, and most any drum solo. The list of what I do like far outruns what I don’t like, and I think that’s a good thing.

With Thumbprint Radio, I never know what’s coming next, and, as I said, I like most of it. About every twentieth song, I have to give it the thumbs down of destruction, even if it means that that sort of song or artist will come back again. Pandora tells me that if I hit the button enough, that type of music will be banished to wherever songs that I don’t like go, and never come back. However, I’ve been using the service for about seven years, and it hasn’t happened yet. I sound like I don’t have enough to complain about, so I’ve chosen this. Actually, I’m very pleased to have a musical background while I’m sitting at the computer writing articles, novels, poems and, yes, devotionals. The music masks extraneous and random noises that might otherwise distract me from my artist endeavors, and seems to make the process go more smoothly. It’s all good, for the most part, as I told you.

I think God is, in some small way, like the Pandora service, except every gift from the Creator is a good one, as the scripture says. And we never know what blessing or gift is coming, or exactly when it might arrive. I think this keeps us in a state of hopeful expectation as we await the coming again of a gift we have already received, that of Jesus Christ as our redeemer and friend. Praise the Creator for all the gifts God has so richly blessed us with, at the most unexpected times and in the most unlikely circumstances. Amen 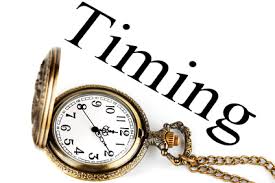 Ecclesiastes 3:1 There is a time for everything, and a season for every activity under the heavens.

I don’t know if you have trouble with timing, either doing things at the right time or allowing enough time to get something done. I’m usually good about such things, although I occasionally slip, such as when I look at the clock wrong or show up on the wrong day for an appointment. But I pretty much have it under control.

This wasn’t the case when I was younger. Apparently I thought I lived in a kind of timeless existence where schedules and appointments didn’t matter. My parents and teachers tried to disabuse me of that, but the idea persisted until I was about ten. It was then that I encountered a real challenge to my sense of time. The Cub Scouts were to blame. In order to earn points for my Wolf badge, I had to undertake various projects, such as a collection of some sort. I went out to the gravel road that ran by our house and picked up pieces of gravel in various shapes. When I proudly showed my “rock collection” to my mom, she made me put the gravel back and took me to the library to take out some books on rocks. That hobby kept my interest for about a year.

We could also make and fly a kite, but I used of some strips of oak about an inch square for the frame, which I covered with comics. Of course, my kite didn’t have a prayer of getting off the ground except in a hurricane. But I learned an important lesson about aerodynamics and kite construction with my dodo of all kites: they have to be light in order to fly.

I was working on to my second silver arrow when I hit the wall with timing. I was to prepare and serve breakfast for my family, and I made up a menu of bacon, scrambled eggs, and toast. My mom made it look easy, but when I tried it, I found out it wasn’t as easy as it looked. I started everything at the same time, keenly aware that my brother and father were seated at the table, staring at me, unsure that they would be able to eat before noon. My mom hovered over the proceedings, ready to step in if I caught the cabinets on fire. I didn’t, but the eggs were ready long before the bacon was, and the toast brought up the rear. By the time I put everything on the table, the eggs were cold and hard, the bacon was covered with congealed grease, and the toast looked like a thin burned brick. Fortunately, my mom wouldn’t let me near the coffee, which was fine. My father and brother looked at what I served them and fixed some cereal for themselves. My mom and I choked down the breakfast I had made, so I got credit toward my arrow. She told me that it took a while to get the timing down and that I shouldn’t feel bad. I did, though, for about ten minutes.

I think that the story of the Big Breakfast Fiasco of 1957 has a spiritual dimension. God’s timing is always right, in spite of how it looks to us who are mired in time and limited in what we can see. Praise God who created time, who is eternal, and who always makes everything ready at exactly the right time. Amen.