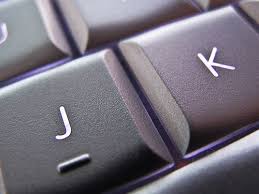 I don’t know if you’ve had the pleasure of having your car recalled. I have gotten five recall letters for my 2004 Mazda 6 station wagon in the past couple of years, and they all said roughly the same thing: “The air bags on your car could blow up and cause tremendous damage to you and to the car. Bring your Mazda in as soon as possible to prevent this from happening.”

Well. That sounded pretty serious, so I read the second page to find out how to have the car fixed, and there I saw something like, “We don’t have the parts yet for this problem, but we’ll let you know when we do. Good luck and safe driving.”

Right. Two years later, and still no parts. They raise the alarm and then say, “Oh, just kidding about having your car fixed, but we’re not kidding about your car potentially being an explosive device.”

I don’t get it. How can a major corporation say “Yes, there is a problem,” and then “No, we can’t fix it just yet.”? Why keep sending out these letters? Why not wait until the parts come in?

It occurred to me that this example is but one of many in our world where people say one thing and do another or offer solutions that really don’t solve anything or contradict themselves and think nothing of it. We’ve all been affected by such behaviors, and the potential for destruction and ruined lives and relationships is immense.

Jesus said, “Let your ‘yes’ be ‘yes’ and your ‘no’ be ‘no.’” He understood that there was no need for elaborate oaths and extended promises. Just say it and do it. And of course, Jesus relied on the promises of God, which go all the way back to the beginning of the Biblical story: the Garden of Eden, Abraham, King David, the prophets, Joseph and Mary, the apostles, and so on. God’s promises are true, and we can depend on them to come about. Mazda Motor Corporation apparently doesn’t understand the importance of this, but God does, and for that we should be eternally grateful. Amen.