I don’t know if you remember a John Denver song with that title, but if you do, you’re probably humming it right now.

I thought of it when I read an article recently about a man in India who single handedly brought back a rain forest.

I was in intrigued by this. I can’t get grass to grow, but an entire rain forest? The story bears consideration, I think.

As is the case with many other areas in the world, forests of all kinds are being clear cut and exploited for their resources without regard to the dire consequences for not only plants and animals but also for humans. What are called deforestation and desertification are critical problems in India that have resulted in barren land, increased soil erosion, decreased agricultural production, and devastated local wildlife.

However one Jadav Payeng made a stand – he single handedly planted and cultivated a 1,360 acre forest that is now home to a complex, thriving ecosystem.

As you might expect, this didn’t happen overnight. Payeng started his project 30 years ago when he was sixteen years old. In 1979, flood waters washed a large number of snakes ashore on a local sandbar in near his home. When the waters receded, Payneg (who was 16 at the time) noticed the reptiles had died due to a lack of tree cover.

He said this: “The snakes died in the heat. I sat down and wept over their lifeless forms. It was carnage. I alerted the forest department and asked them if they could grow trees there. They said nothing would grow there, but they asked me to try growing bamboo. It was painful, but I did it. There was nobody to help me. Nobody was interested.”

He chose to live on the sandbar, choosing a life of isolation as he began work to create a new forest. He planted seeds by hand, watered his plants in the morning and evening, and pruned them. After a few years, the sandbar was transformed into a bamboo thicket.

“I then decided to grow proper trees. I collected and planted them. I also transported red ants to enrich the soil from my village, and was stung many times,” he recalled.

Over the years, a huge variety of plants and animals now call the once-barren sandbar home, including endangered animals like the one-horned rhino and Royal Bengal tiger.

The Assam state forest department only learned about Payeng’s forest in 2008 when a herd of some 100 wild elephants strayed into it. Assistant conservator of forests Gunin Saikia met Payeng for the first time.

“We were surprised to find such a dense forest on the sandbar. Locals, whose homes had been destroyed by the pachyderms, wanted to cut down the forest, but Payeng dared them to kill him instead. He treats the trees and animals like his own children. Seeing what he had done, we decided to pitch in,” says Saikia. “We’re amazed at Payeng. He has been at this for 30 years.”

I think the application to our spiritual lives is evident. We can see an overwhelming mountain of need and give up on doing anything about it. Or, like Payeng, we can do what we can, where we are, with what we have. God will bless our efforts, and one day, the barren lands will become beautiful gardens. May it be so.

I don’t know if you’ve ever heard these words while you’re on the telephone:

“Your call is important to us, so please stay on the line. All our representatives are busy assisting other customers. Your call will be answered in the order in which it was received. Your approximate wait time is over ten minutes.”

I know what when I hear this message, I want to hang up. I had the opportunity this past week to hear it several times when I called the phone company to try to find out why my father couldn’t call out on his phone. Eventually I did have the problem resolved, but not without a lot of wait time.

I think it’s safe to say that most of us don’t like waiting. Our culture has made it easier not to have to wait. We can download books more or less instantaneously, order almost anything on line and have it delivered the next day, use a drive up for faster service at restaurants and banks. Traffic lights drive us crazy because there are so many of them around here and they take so long to cycle. We hate to wait.

And yet, there is a virtue in waiting and in patience. When people have to stand in long lines for a good cause many of them say they don’t mind doing so because they were waiting for something important and they got to make some new friends during their time in the line. We might await the birth of a baby or a special birthday or anniversary. This kind of waiting builds excitement and makes the actual event more exciting.

Imagine the ancient Jews who lived for centuries with the prophecy of a Messiah. Think of those whose lives passed before his coming. It must have been somewhat bitter for them to realize that they would not see the Lord in this lifetime.

And yet we know that God’s promise of a Messiah was fulfilled, and the waiting was over. Our waiting is done. Every year we reenact the waiting of the Jews during Advent, but we know that he did come and did die for our salvation. We are a people on this side of Christmas and this side of Easter. And so, let us rejoice! Christ has come and God is with us!

I don’t know if you have ever considered that there are indeed silver linings to dark clouds. I have always admired people with positive attitudes and an optimistic faith that everything will work out for the best, and try my best to have such an attitude and such a faith, although I would have to say that I often fall short. Lately, though, I’ve been connecting problems or shortfalls with blessings and opportunities. I don’t want to be unrealistic about losses and grief and suffering: they are real and they cause hurt and distress. But, if we look for the blessings that come with raindrops, I believe that we will be blessed.

Last week, I was not feeling well, and, making my usual round of errands, could not find a parking space anywhere I went that was, as we like to say, in Centreville. I was mentally grousing to myself when suddenly I thought, “Hey! I can get a few more steps toward my 10,000 for the day! This cloud has a silver lining.”

And, as some of you know, I have been doing small repair jobs around the church. And it seems that most of these become unnecessarily complicated and difficult. I’ll try to think of the tools and materials I need and bring them, but invariably it seems that I need something else. So, I have to go home and get it or force myself to go to Rice’s Hardware and buy it from them. So, there’s a blessing already. In addition, I have learned how to deal with paint that won’t cover a previous coat, how to unfreeze rusted nuts and bolts, how to replace a fluorescent fixture without shocking myself too badly, and how to adjust an automatic door closer, among others. As the kids say, it’s all good.

Perhaps more importantly, I’ve learned some important principles from my experiences that make life easier and help preserve sanity. One is, a job takes about twice as long and costs twice as much as you expect. Count on it. Another is, take every tool you own to a job. You’ll need them. And, know when to quit for the day. If you force yourself to forge onward, you ruin the project or break something, which might just be yourself.

I know that many of you bear heavier burdens than I will ever know. My wish and prayer for you is that you see rainbows and blessings among the raindrops. They’re out there. You can count on it. 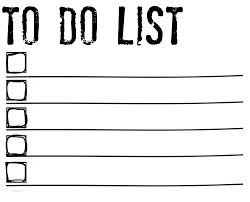 1. Spend time with people who can lift you up and inspire you.

3. Be honest with yourself.

6. Live in the present, and have faith for the future.

9. Learn to forgive yourself.

10. Realize that happiness can’t be bought.

11. Nor can anyone else make you happy.

12. Be productive but not overactive.

15. Maintain your dignity, your standards and your sense of humor.

16. Look for the beauty of small moments and every day events.

17. Take responsibility for yourself.

18. Look for occasions of gratitude. 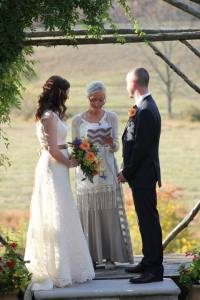 A poem I wrote for our daughter Alyssa and her husband Chris on the occasion of their engagement. I was pleased that they printed it in their wedding program for the ceremony this past Saturday. All the best and all our love, newlyweds!

For Alyssa and Chris

It was not always so:

The voyage out to this sun-saturated clime

Was fraught with trepidations.

The moon hid her pallid face in the clouds

And the sun fled down the far horizon.

And so you weighed anchor,

Piled on more sail and

Set out across the trackless deep,

Coming at last to a fortuitous meeting

Gliding on in concert,

Coming at last to this safe haven.

And too, we, pendant in the rigging, cheer you on,

You who have braved much to come to this stasis,

This tranquil harbor resting beneath the starriest of skies,

And this recumbent evening as you

Anchor in each other 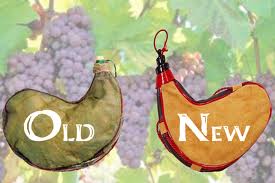 Robert Morgan, a young pastor and thinker, recently wrote in The Huffington Post about hymns in worship and the contemporary Christian music movement. I believe he speaks with insight and authority on these matters. Here’s a link to the article:

John 15:13: Greater love has no one than this: to lay down one’s life for one’s friends.

I don’t know if you saw or heard the news reports this week about five members of a family who were killed in a rock slide while hiking in the Colorado mountains.

The thirteen-year-old daughter of the family was the only survivor. She told authorities her father shielded her as boulders crashed down on them and likely saved her life.

Rescuers dug Gracie Johnson out of the rubble after Monday’s slide, and she was airlifted to a Denver-area hospital with a broken leg.

“She told me at the last second when the boulders were coming down on top of them that he covered her up and protected her, which I believe it saved her life,” said sheriff’s Deputy Nick Tolsma.

The Deputy said he was one of the first at the scene and heard screaming from beneath the rubble. He saw Gracie Johnson’s hand sticking up through the rocks.

“I started digging her out until I had more help come and we got her all the way out,” he said.

When I heard this sad story of loss and the bright note of salvation, I immediately thought of what Jesus said about great love. He was talking about giving up one’s life for a friend, or a family member. While either one would be difficult, I would suggest that most of us would find it easier to sacrifice ourselves for a friend or family member than it would be to give up our lives for someone we don’t know.

And yet that is exactly what Jesus did—he sacrificed himself for friends and family, certainly, but he also died for his enemies and those he never knew, and those yet unborn—and that would include each of us. Thanks be to God for this love which reached out to us and came to us through the centuries to redeem us. Amen.